Moreschini’s painting is scrupulous and thoughtful, carried out in the long times required by the meticulousness of its realization on unexpected surfaces 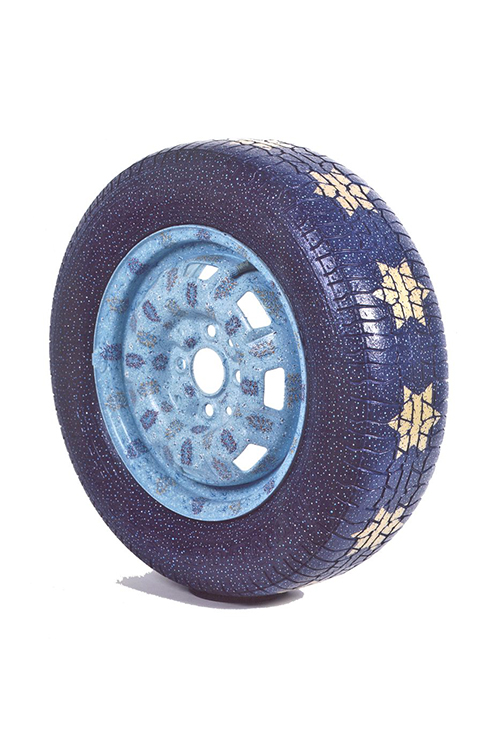 Born in 1966 in Castel S. Pietro Terme (Bologna). Lives in Bologna. Moreschini’s painting is scrupulous and thoughtful, carried out in the long times required by the meticulousness of its realization on unexpected surfaces. He confidently manages what can be considered an epochal shift in our times, from hard to soft. In Pneuma the artist creates a light, gentle, subtle insinuation of a counterpower, aimed to redeem those rough features, sprinkling them with a subtle esprit de finesse in order to redeem their too conformist yielding to an esprit de géométrie, or rather a total and naked functionalism (Renato Barilli). Starting from the 1990s, after graduating at D.A.M.S. (Faculty of Letters and Philosophy at the University of Bologna) the artist obtains invitations for exhibitions in Italy and abroad, presenting works where the painted surface is translated into texture (Pattern Painting), and highlighting the loss of the Western aesthetic canons in the global world. At the basis of his artistic research is the consideration that contemporary society is increasingly characterized by a general aestheticization of everyday life, with the detriment of the previous concern for the ethicization of social life.