“When moving into public space, the artist has to question their own responsibility beside social context, beside the city. I always considered fundamental that my public interventions are born from a profound understanding of this context, because a public artwork has to root itself onto the territory in which it is placed, in its history and narration.” 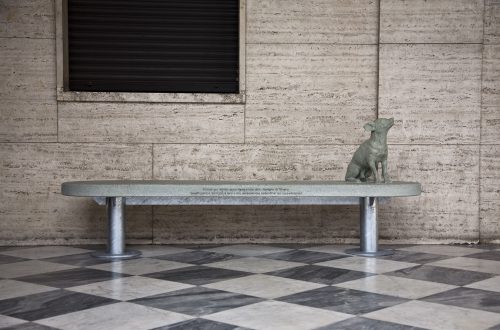 Considered one of the major Italian exponents of Public Art (an artistic movement focused on the presentation and enjoyment of art within the urban context, creating connections with the social fabric and forming relationships between public, private, political and economic institutions), from the second half of the 1970s Alberto Garutti explored the themes underpinning the practice of art itself, as well as the narrative and immaterial dimension of the work. After graduating in architecture from the Politecnico di Milano in 1971, over the following years the artist was invited to hold solo exhibitions in galleries in Milan, Brescia and Rome. In those early projects, there was already a clear attempt to establish an open dialogue between artwork, spectator and public space, aimed at defining a form of autonomous and personal re-elaboration of the conceptual and figurative matrix that had characterised the previous generation. A professor of painting at Brera for over twenty years (until 2013), Garutti has always entrusted a functional role to the caption, drawing on the tradition of Conceptual Art, in which the title transforms the object into a work, shifting its content from the logical-linguistic to the sentimental sphere. Often consisting of a short text in which his own dedication may always be sensed, the caption is characterised by a wide range of formats, all capable of stimulating empathic participation on the part of the reader/observer.