“I’ve decided to go deep and dive even more inside my obsession for materials, techniques and images. Around me there is a fragmented world that falls into pieces, I have to find within me a way to continue without falling apart like the rest.” 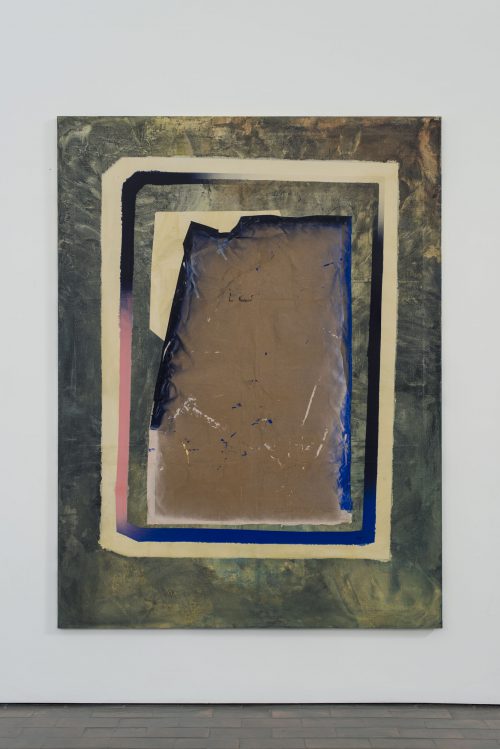 With a background in philosophical studies and inspired by the Greek classics, for the Roman Gianni Politi the action of painting is not a gesture but a research that helps him over time to understand the act itself intrinsic to the pictorial medium. His artistic practice is closely linked to autobiographical events that he elaborates using a traditional canvas support. Residues, scraps, distortions and fragments are thus the material base through which Politi creates new works starting from the remains of the previous ones. Like kaleidoscopes, his paintings are forms that are recomposed before the gaze of the observer. In fact, the artist has devised a method that he himself defines a process of “reuse of materials” in which, alongside a calculated schedule, random events come into play, which generated during the work in the studio phase.