“I have an architect’s education and for a long time I’ve drawn for architectural studios. Drawing is an instrument that I love very much, that doesn’t allow shortcuts. It’s a slow technique and it’s in this slowness of the gesture from which my work is formed.” 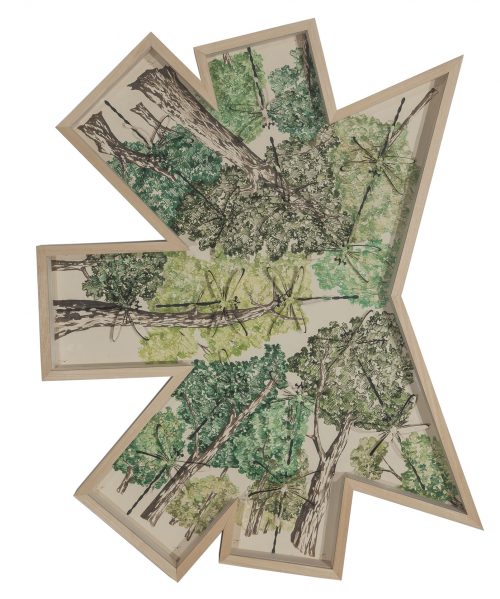 After graduating in architecture in Rome in 2005, Pietro Ruffo won a scholarship to Columbia University in New York in 2011. His artistic production, deeply linked to the basic elements of his training as an architect, is articulated through drawings, collages, watercolours, sculptures and installations that reflect on the sense of freedom – a principle that the artist investigates through subjects taken from liberal themes, political history and the implications of colonisation – and on political, moral and social issues, leading the viewer to rethink the tensions of the present and the past in ethical terms, and sometimes the unresolved issues between different peoples. Each of Ruffo’s works originates from a meticulous design where the paper is scored, often passing from two- to three- dimensionality, and where the stratification from multiple visual and semantic readings refers to the sense of civil commitment that the artist manages to convey with an investigation that starts from broad universal themes and continues, through filters, on specular and similar semantic and linguistic levels.