“Once erased, the written word doesn’t disappear underneath, but continues to clamour with more power. It’s not erased to negate the text, but to better understand the meaning, to become aware of what will come before. It’s a way to enhance the word, not to object it.” 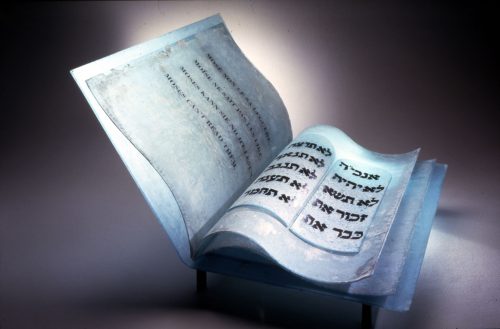 A poet, and conceptual painter and also a novelist, playwright and director, Emilio Isgrò created one of the most revolutionary and original works as part of the so-called Second Vanguards of the 1960s. Internationally known for the art of ‘erasure’ that began around 1964 – which he himself defines as a philosophical and anthropological phenomenon that reinforces communication where it apparently denies it – this act of eliminating words and images from a printed book, not in order to destroy them but to preserve them, must not be considered merely a metaphor in his practice, but a real and concrete action. Influenced by the liveliness of Visual Poetry that was spreading throughout Italy at the time, the Sicilian artist began to work first on excerpts from newspapers in which he drew out meanings extraneous to the context, and then moved on to texts of existing covers, encyclopaedias, manuscripts, books, maps and films, always with the intention of renewing the meaning, seeking a balance between the verbal and the iconic through the act of manipulation.