“Over this long period I developed my own creative language around object, models and architectural ideas. It’s been years that I’ve been working the practical space; what I produce refers to the different ways of inhabiting a space. Today I pursue space destroying matter, following an idea of parcelisation, of almost, sculpture deflagration; after having fulfilled for several years an investigation based on human’s relationship with the curved space, a space where the right angles cedes to optical and environmental deformity, dominating the consciousness of the form.” 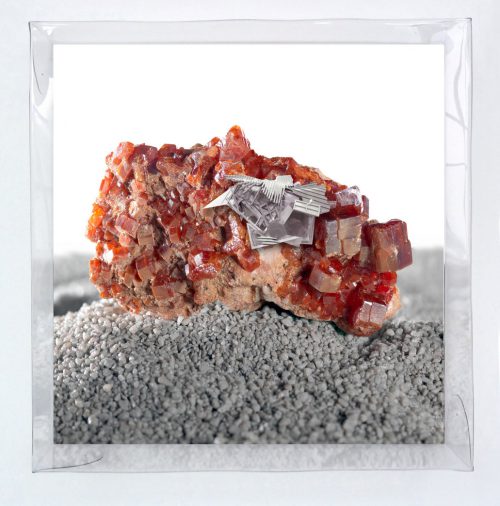 Born in Milan in 1969, where he currently lives and works.

“I developed my creative language around notions of object, model and architecture. Often the work refers in different ways to the idea of inhabiting space.” After his studies in painting at the Brera Academy in Milan, completed in 1994, Loris Cecchini immediately began to take an interest in photography, fully experiencing the period of the transition from analogue to digital. Later his work expanded to include drawing, sculpture and installation, embracing an organic dimension open to comparison with the surrounding reality. At the centre of Cecchini’s work there in fact lies a new interpretation of spatiality, always accompanied by an idea of nature considered in its constant structural and metaphysical transience: physical space is thus interpreted as something biological, organic and vital, yet at the same time rationally structured. His research and constant experimentation in the use of materials such as plastic, cellulose and rubber (silicone, polyurethane and urethane) also allows the artist to demonstrate how physical phenomena and natural systems are able to translate into a stratified order of semantic relations, so as to detect the invisible processes of a synthesis between nature and culture, science and aesthetics.