“Image hybridisation, corrupting signs with other signs, dreams with other dreams, fighting in favour of the unidentifiable, altering, deviating, tirelessly giving contradicting signs – you could say that my first aspiration is to free the form. So, the absence of expression, the non-form. It’s a long story, my offence against the form, but pure physicality here (if it ever existed) cedes entirely to the ‘psychic’: the release of an internal push that projects itself might be an artist’s necessity, without then restraining on the outside. I see over the horizon, a dissipated richness of signs, lines, colours. Nature wants to be heard. Today, I like to think about these repeated words.” Donated by the artist. Mixed media on thermoplastic polymer, 2018, 357 x 855.5 cm. The work comes from the temporary floor of Cantiere1 / Terrazzo 000, created in Naples for the complex of the SS. Trinità delle Monache with the Matronato of the Donnaregina Foundation for contemporary arts / MADRE. A documentary film produced by Black Mamba describes the creative practice behind the work. The large canvas, installed at the PART entrance, is architectural painting. It modifies the space with a play of light and colors which, between the vector and concentric movements produced by the pigments applied with an air compressor, becomes transparent. A dialogue between Piazza Cavour, the back garden and the Federico Fellini International Museum. 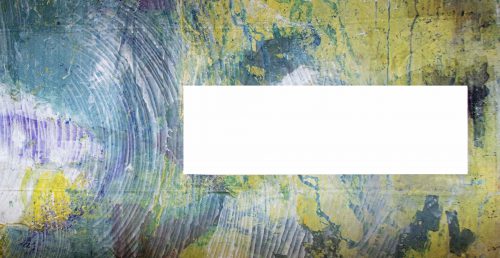 He made his own first pictorial experiments around 1999, in a small studio where he began to paint a series of faces portrayed in the foreground, initially using black and white, and colour only from 2004 onwards. Demonstrating a strong and recognisable stroke right from the start, these works seem to express a single flow, a gesture on the verge of shattering the image itself. In 2017, his practice changed radically, going beyond the intimate dimension of the studio to open up to the outside in search of a dialogue with the territory, architecture and landscape. This gave rise to major site-specific installations (i.e. specifically designed for space) where abstract layers of colour – spread in a whirling movement of brushes, spatulas and compressed air – are essentially intended as a physical necessity and the manifestation of a state of mind. The work at the entrance of the PART emerged from this context. It comes from the temporary floor of Cantiere1 / Terrazzo 000, created in Naples for the SS. Trinità delle Monache with the Matronage of the Donnaregina Foundation for Contemporary Arts / MADRE. A great architectural painting: a dialogue between Piazza Cavour, the back garden and the Federico Fellini International Museum. Roberto Coda Zabetta trained in Rome at the Art Institute, and later at the Brera Academy in Milan. He worked as an assistant to Aldo Mondino from 1995 to 2005.