“If I don’t plan, it becomes important for me to let things flow. To feel a strong stimulus for an image that I do not know what it will be like when it’s over. Without me knowing, a projected desire is born inside, allowing this intuitive presence to flow. Being mad at planning, is like being mad with a set theory, by means, it is structured according to codes of belonging. As an artist I don’t see why I have to limit myself to these codes of belonging of the art system and I can’t take advantage of the codes of belonging of the poetry, mathematical and literature system.” 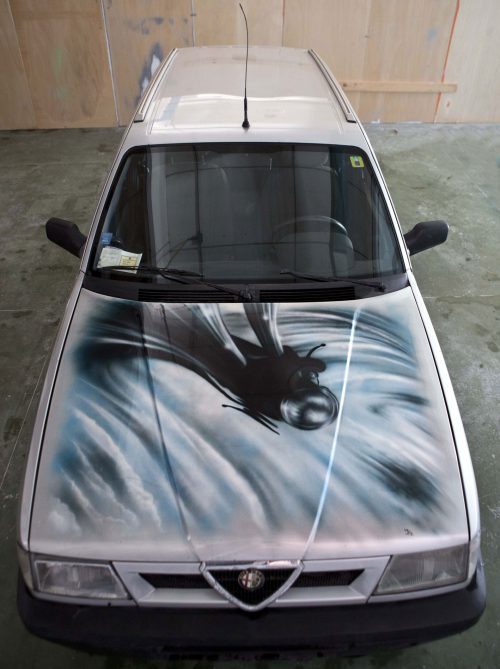 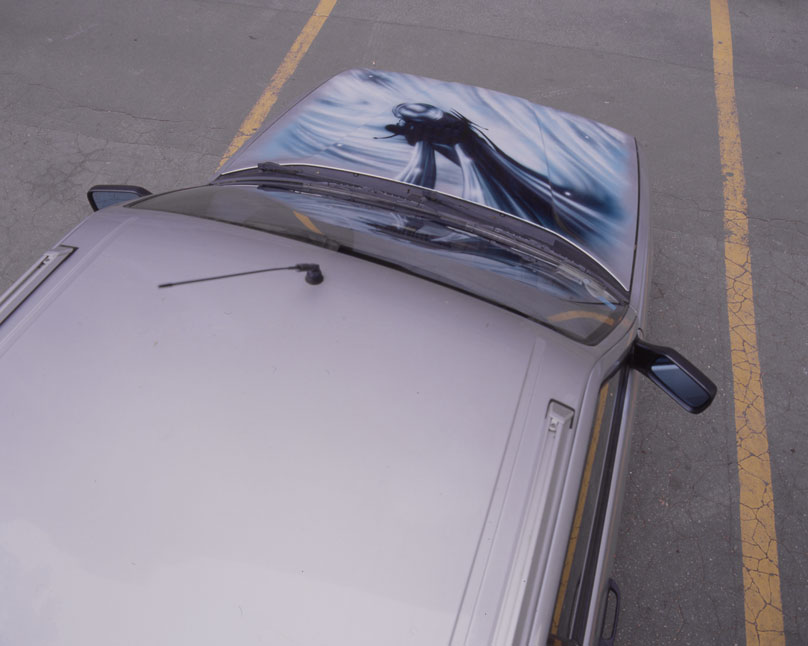 Born in Pavia in 1961. He currently lives and works between Genoa and Milan.

Airò’s work is characterised by the use of everyday objects, images, texts, sounds and light sources allowing the viewer to take a fresh take on reality. His interventions transform physical spaces into seductive ‘mental’ situations that arise from what the artist himself has defined as ‘wandering’ between different systems of thought and means of expression. As in the case of the artwork exhibited, Car Tattoo, a tribute to the film by Francis Ford Coppola, Rumble Fish, the artist combines cultural, literary, cinematographic and musical references, giving back to the spectator, a sense of the poetic multiplicity of existence. A pupil of Luciano Fabro at the Brera Academy of Milan, in the first half of the 1990s, Airò brought the Milanese art scene to life together with a group of young artists who gathered in the self-managed space of Via Lazzaro Palazzi. There, in 1989, he staged his first solo exhibition.