“The World is a motionless Theatre where only scenes, called reality, change and happen until the curtain closes. Then, the following night, everything resumes and returns as usual. Just the actors are no longer the same. An Eternal Recurrence without us. It is the suffering hallucination that causes in the ‘social’ the illusion of change, believing into a reality that, not being there, reappears of course, always as new.” 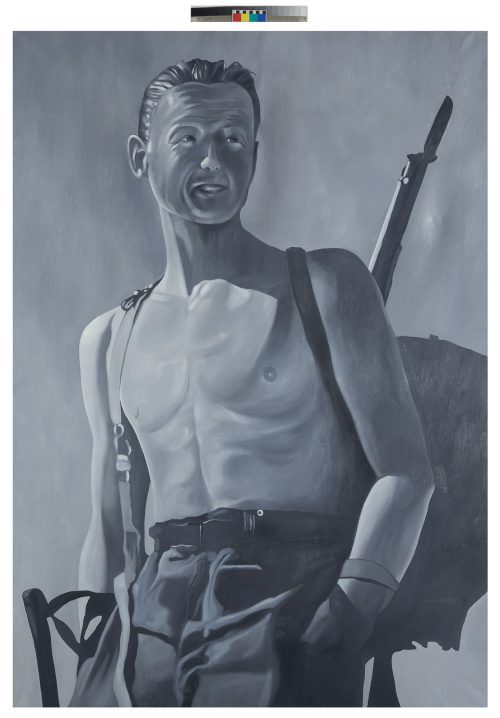 Gian Marco Montesano studied at the Salesian Seminary of Valdocco, in Turin, where his initiation into painting took place. His strong artistic and intellectual predisposition led him in the 1970s to move to Bologna, and later to Paris, where he encountered many intellectuals, including Gilles Deleuze and Jean Baudrillard. His first self-taught works are reproductions of sacred images and Virgin Marys enlarged and revisited in a postmodern key. Montesano also often uses images from the First World War to reinterpret the dramatic years of the period and address themes such as death and conflict, yet with the intention of recounting history, reproducing its memory and creating new narratives. Alongside these representations, there are also images of children, portraits of women, landscapes and cityscapes of a cinematographic nature that the artist paints with his unmistakable post-realist style. A passionate theatre director, his Compagnia Florian (based in Pescara), has presented performances in Paris, Hungary and all over Italy.