“I’m more used to self reflection, and through that I found that I’m the kind of person who tries to avoid things – including my art, which is also this way, I always choose the path of avoidance. For example, when everybody wants to look at fashionable things, real things, I don’t have any interest in those things and I instinctively try to get away, but where to? I run to ‘the past’.” 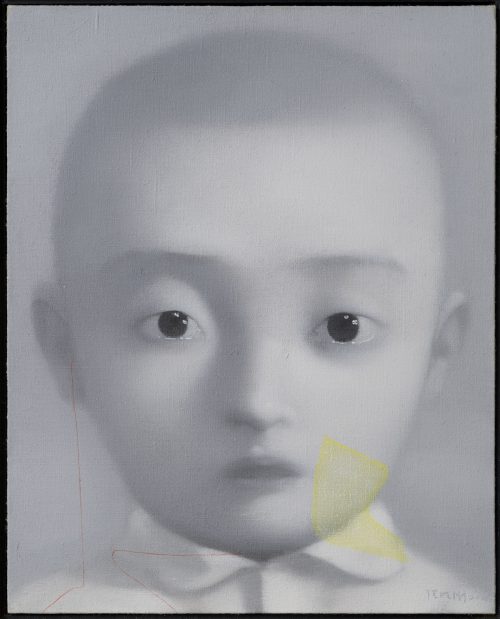 Born in 1958 in Kunming, China. He lives and works in Beijing.

After graduating from the Sichuan Academy of Fine Arts in 1982, Zhang Xiaogang designed sets and costumes before devoting himself fully to painting. Deeply influenced by historical events – first and foremost the Chinese cultural revolution, which he experienced at a young age and the imagery of which represented the starting point of his research – and by the Surrealist movement, since 1985, Xiaogang has inspired artistic movements that explore the behaviour of the individual within the Chinese community. After a series of trips abroad, in 1993 he began to paint his Bloodlines series – perhaps his most famous – which recounts family, social and collective relationships in China through group portraits inspired by images of the Revolution. The family, in the broadest sense, is in fact portrayed repeatedly by the artist, almost as if to create an infinite and fictitious genealogy of ancestors and descendants whose features can only be distinguished by almost imperceptible differences. His paintings are characterised by a marked photographic quality and the prevalent use of tones that vary from grey, to black and white, with occasional hints of colour.