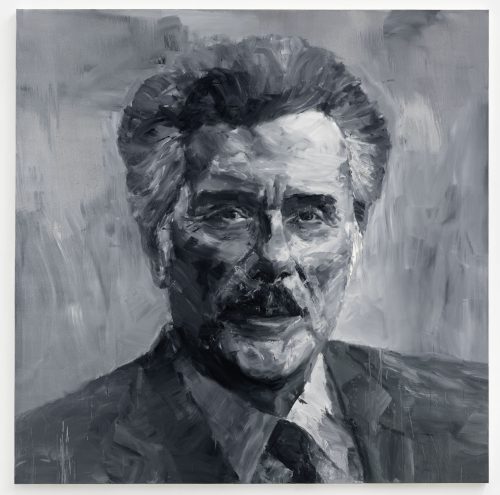 Born in Shanghai in 1960. Today he lives and works in Dijon, France.

Growing up in the delicate climate of the Chinese revolution during which radical civil and political changes marked his youth, in 1981 Yan Pei-Ming moved to Dijon, France, where he built his artistic career over the following two decades. Internationally recognised for his immense portraits inspired by Chinese cultural history and the tradition of Western portraiture, the French-Chinese artist mainly depicted famous icons and historical figures (such as Mao Zedong, Bruce Lee and Barack Obama) who had a profound influence on him and his contemporaries. The artist managed to exploit the pop halo of the subjects he chooses, trying to present a communicative image that is meaningful in every place and time. Carried out with energy and imagination, Pei-Ming’s expressionistic portraits are made up of long, fast, almost violent brushstrokes and a predominantly monochrome palette with occasional touches of dark red, using a technique that relies on Chinese watercolour but also classic European oil painting.